On Wednesday, 7 April, Chilean president Sebastián Piñera appointed Patricio Melero, a representative of the far right and former official in the dictatorship of Augusto Pinochet, to whom he swore eternal loyalty in the so-called 'Chacarillas Ceremony', as the new Labour Minister.

Chile, the Right Wing, and Pinochet

The Chilean right wing is pinochetista, as can be seen from even a cursory glance at its representatives, most of whom are former officials of the dictatorship or their descendants. During the ‘transition to democracy’ that began in the 1990s, Chilean right-wingers acknowledged this openly in the media. After Pinochet was arrested in London in 1998, many serving deputies and senators led protests demanding the dictator's return to Chile.

After Pinochet died in 2006, open support of Pinochet rapidly declined outside of a small, hard core; however, after the uprising began in October 2019, the Chilean right again began to make militant speeches justifying human rights violations committed by Carabineros, the Chilean military police, as well as regular military, as part of the repression of the protests, even as international organisations condemn the attacks on protesters and the current president awaits trial for crimes against humanity.

Following the resignation of former minister María José Zaldívar, Patricio Melero was appointed Minister of Labour. Although he is best known for his post as mayor designated by the dictatorship (which appointed all mayors in Chile) in the working-class district of Pudahuel on the western periphery of Santiago, his relationship with the Pinochet regime was much more intimate.

During his time as a student of agronomy, he was appointed president of the representative body of the students of the élite Universidad de Chile, the Federación de Estudiantes de la Universidad de Chile. In this capacity, he organised and attended the notorious 'Chacarillas Ceremony' in 1997, a performance in which students and far-right show-business mediocrities climbed the hill of Chacarillas from various parts of Santiago in the best Berlin 1933 style. There followed a religious ceremony in which they received decorations from the dictatorship and praised a speech by Pinochet, surrounding him with their torches and swearing eternal loyalty to him. 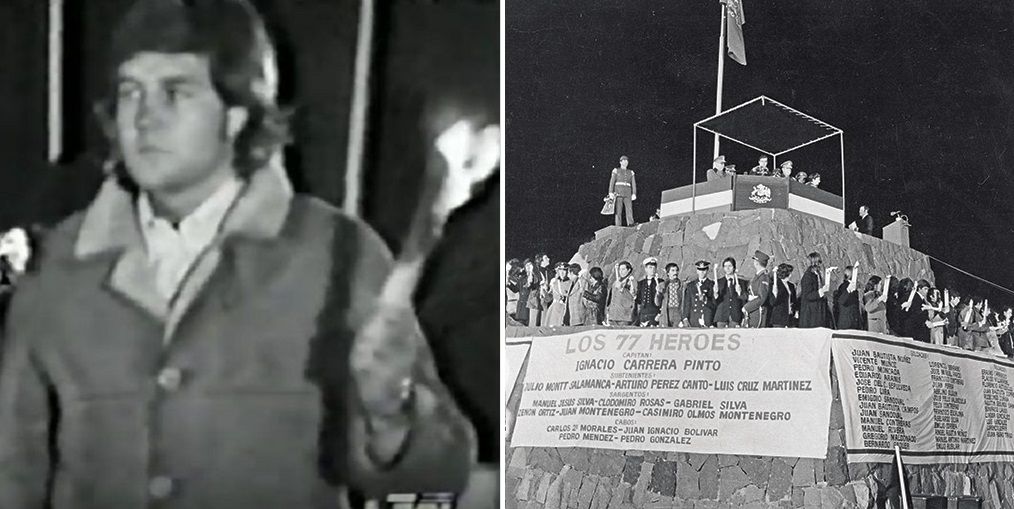 In 1985, Melero was appointed General Secretary of the National Office of Youth Affairs (Secretaría Nacional de la Juventud), his first official role in the dictatorship, in which capacity he is accused of informing on opposition students and teachers to the CNI, the secret police of the dictatorship. Months later, he took office as appointed mayor of the district of Pudahuel, a role in which he remained until the end of the dictatorship.

During the 1988 plebiscite, which was based on an agreement between the dictatorship and former social democratic parties that had converted to neoliberalism, Melero support the 'Sí' vote in favour of maintaining Pinochet and his reign of terror in power for another eight years, participating both in the campaign and its party political broadcast.

In late 1989, he joined the far-right UDI party, and was a member of the lower house for 31 years as part of the party, until his recent appointment as a cabinet minister.

In 2014, he led a minute of silence in Chile’s lower house in honour of Augusto Pinochet, which was boycotted by the majority of the members.

In the system Chile has inherited from the dictatorship, when a member of the National Congress takes a post in the executive branch, their party designates a replacement without holding a by-election. In this case, Melero's seat is now held by Cristián Labbé, son of a former colonel of the DINA - the notorious secret police from the early years of the dictatorship - Cristián Labbé, who has been convicted of human rights violations and acted as a torture instructor in the infamous Tejas Verdes concentration camp.

Once again, the Chilean right are showing their contempt for the painful memories of Chileans, and seek to justify the unjustifiable by supporting the appointment of officials of a brutal dictatorship to ministerial posts.